Getting rid of a friend in middle school was such drama, right. I mean before the ‘breakup’ convo was even finished, the entire school knew about it. So, sans the huge audience, close quarters and hyper hormones, why isn’t it any easier as an adult?? 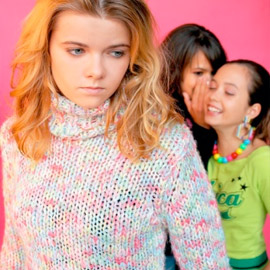 I still love her. I still like her. She’s funny as hell. She shares my love for food and travel and adventure. And she didn’t let my move across the country change how much we talk. She sounds cool, huh?

I’ve read a highly circulated quote that says something like rid yourself of things and people that no longer make you happy. And I totally agree! Kinda. My problem lies in letting go of someone who you’ve known for so long who has never done you wrong. Ah!

I completely understand that not everyone is going to have the same desires and outlooks and dreams, but shouldn’t you create and maintain relationships with people that share something fairly similar? And let your less fulfilling relationships fizzle out [which makes more room for awesome times with cooler people]?

Tell me I’m not alone on this one!