Ndidi Emefiele is a young talent from Nigeria. Having graduated from Delta State University in Abraka, she is now furthering her studies with a MFA at the Slade School of Art at UCL in London. Her work has charmed the public of 1:54 art fair’s third edition, and her pictures are hard to forget. Using discarded materials, fabric and found objects, she depicts expressive characters with spectacles and sunglasses constructed out of discarded CDs, which shiny surface creates a game between light and color. Encounter with a discerning artist:

My work is personal in the sense that I create art from personal experiences lived out or from those around me. I could decide to focus on a present issue or draw attention to an anomaly in that current space. I have lived with females for the most part of my life, having all sisters we would always engage in conversations that boarded on the feminine existence and what it meant to be female particularly in where we lived. Gradually the focus of my work began to shift from exploring landscapes to raising questions and high lighting some of these issues, such as the commodification of women in the northern part of my country. It was a very constricting and difficult space for a woman, as she is often confronted with pressures from family, culture, society, economic and religious groups and all demanding disparate dictations. 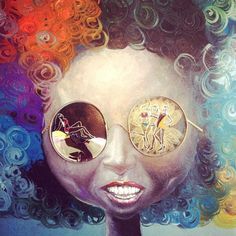 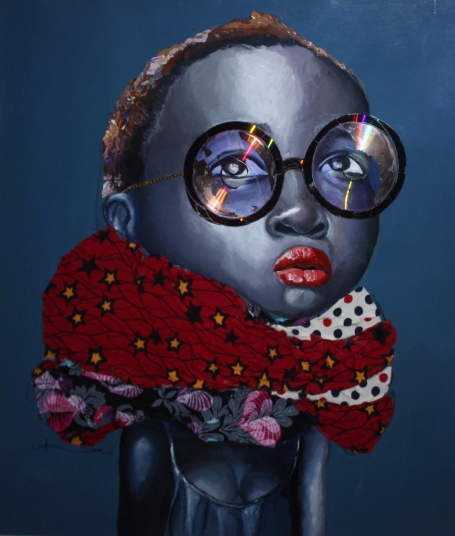 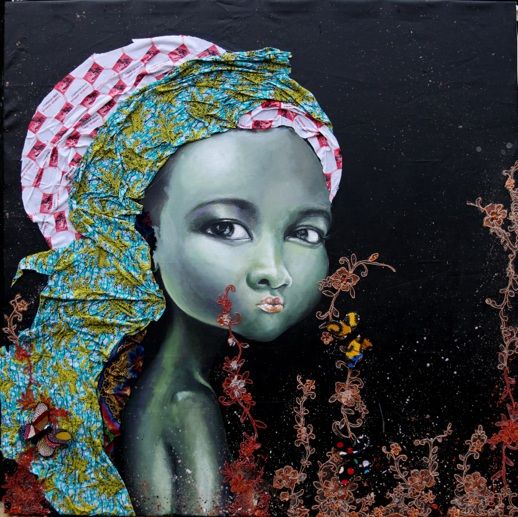 My media has become my means to protest.

The exaggerated heads are symbolic, particularly in the western part of Nigeria, where sculptural heads are depicted larger than they appear and embedded with cultural meanings. The head is called the “Ori” and it is considered the most important part of the body, regarded as the ‘locus of the ase of olodumare‘. The head is said to control a person’s destiny. My work is a combination of many things including culture. The glasses are my strategy to give the female some form of protection. It is that curtain, a veil, a mask behind which she masters the art of mobility, she is learning to work the alchemy of dissolving the hard conditions in which she finds herself. They have become a mark of identity, but also an element of style. source